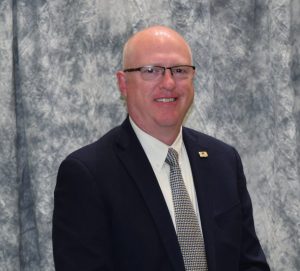 Dave started his insurance career with United Fire and Casualty for 10 years and was lead underwriter and Branch Coordinator.  He then went to work for the Nebraska Department of Insurance for 2 years as a rates and forms analyst.  He was then hired in 1999 to work at Nebraska Farm Bureau in the underwriting department.  He moved to the Kansas Regional office in 2003 to become Underwriting Manager.  In 2005 he moved to Las Cruces, NM to become the Business Center Director, where is in in charge of claims and underwriting.

Dave has a Bachelor of Science in Business Administration, with an emphasis in Finance from the University of Nebraska and has 12 insurance industry designations and is a Certified Lean Six Sigma Green Belt.  Dave is married and has two sons both attending New Mexico State University.

We hope the information provided in this Web site is useful. For more information we invite you to visit the Frequently Asked Questions section of the site. Please refer to the Contact Us section if you have any questions for the NMPCIGA.